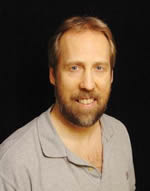 Kerry is a practicing kinesiologist (BC Association of Kinesiologists) with West Coast Kinesiology since 1992. He graduated with a bachelor’s degree in kinesiology from SFU in 1985. He has been a resident of Maple Ridge since 1970 and has played a variety of sports here, including hockey, baseball, soccer, swimming (Coquitlam Sharks) and basketball (MRSS and Douglas College). Kerry has developed rehabilitation and athletic training programs since 1992 at the Maple Ridge Leisure Centre. Most recently, he obtained his CSEP Certified Exercise Physiologist (CEP) and CSEP High Performance Specialist™ (HPS) designation, which is the highest fitness testing designation in Canada and certifies kinesiologists to test and train high performance athletes. It also allows the CEP to prescribe exercise for chronic disease states and metabolic disorders such as diabetes, cardiac conditions (post-MI or surgery), hypertension, hyperlipidemia, MS, MD, obesity, post-stroke and lung function disorders. He is a Functional Capacity Evaluator and an ergonomist. He was formerly a director of dry-land training for RPM hockey school and is a speaker for public and private groups on cardiovascular disease, injury prevention in the workplace and athletic training issues. He has been actively involved in creating and developing community based exercise programs for both the districts of Maple Ridge and Pitt Meadows and was a regular columnist in the Maple Ridge News Community newspaper News on a variety of sport conditioning, injury prevention and health topics. His passions include hockey, basketball, running 10K to marathon distances, music, film, writing, and public health and education.